The events of the past week’s racial injustices and the subsequent violent riots and protests have caused a surge of racial awareness across social media unlike ever before. When Black Lives Matter first became a hashtag in 2013 after the acquittal of Treyvon Martin’s murderer, many were confused as to how to respond and whether they should support this movement or not. What ensued was a years-long debate over systemic racism, privilege, and racial injustice. Unfortunately, it took countless more Treyvons – Michael Brown, Eric Garner, Tamir Rice, Philando Castile, Ahmaud Arbery, Breonna Taylor – before the majority of us stopped debating and started listening. Last week’s murder of George Floyd finally got the attention of the nation as years of pent-up frustration towards injustice boiled over in a nationwide – even global – movement.

Perhaps the pandemic and shelter-in-place orders were the perfect breeding ground for such a response, as we’ve all been waiting in quarantine to be released from our homes. George Floyd became the martyr who gave us a cause to rise up for when it felt like we had no purpose other than avoiding a virus. But more importantly, because Americans were already glued to their phones due to COVIDquarantines, we were more alert and willing to listen than the last time a black man was killed after pleading, “I can’t breathe.” Race is no longer something we can avoid, whether we’re out in public or on our phones in private. Now, more than ever, racial injustice has been forced to the forefront of our minds as a Church and as a nation.

While posting on social media in solidarity or to raise awareness is a good first step, it would be a sad effort if we go right back to our lives with no change for greater racial justice once the protests die down and the “viral hype” dissipates. Our black brothers and sisters deserve more than just a few days of social media solidarity. George Floyd’s death must mean more than that. One thing I teach my youth students when it comes to politics and current events is that speaking our politics is easy; living them is much harder. It’s one thing to post about our political stances on social media, where open debate and outrage are welcomed, if not expected. It’s completely another thing to stand for causes beyond the privacy of our homes, in the communities we live and work in. So how can we go beyond our digital screens and begin to live in a way that overcomes our apathy and complicity in racism?

In James’ epistle to the church scattered across the Mediterranean, he exhorts us to “be doers of the word, and not hearers only” (1:22), then immediately calls the church to action for the oppressed (1:27, “orphans and widows”) and against prejudice (2:1-7 “partiality”). Listening and learning digitally is insufficient if it does not manifest itself physically. The biblical call to love our brother was not satisfied with mere letter writing or social media campaigning. James continues that if our faith does not display itself in tangible works of love and justice for our brother, it is dead faith (2:14-17).

While there are many organizations where we can donate and volunteer, racism continues as a systemic injustice because of the vast number of people who still carry racial prejudices today. This is not isolated to rural white America, or only to black-white relations. All of us carry some form of racial prejudice in our hearts by how we’ve been raised and trained to view other races. Whether through negative experiences or just plain ignorance, we perpetuate the systems of racism by allowing those prejudices to go unchecked and unaccounted for.

I often wonder how men like Derek Chauvin or Travis and Gregory McMichael carried so much racism that it culminated in taking another man’s life. I wonder how entire towns and cities can still believe in racial supremacy in such a globalized and diverse world. While the reasons may be more complex than I am aware of, I know that if race had been dealt with healthily in the home, things mighthave turned out very differently. Children are not born racists simply because of the color of their skin or the location of their upbringing. Racism is formed over years of teaching false narratives that demean anyone who is “Other.”

This is not exclusively a white problem. We let media and pop culture dictate our views of racial groups, then perpetuate those prejudices when we fail to address them tangibly and personally. I have countless Asian friends who have received hurtful racial comments from black people. I am half Asian but with a white face; I grew up my entire childhood being the butt of racial jokes from the predominantly Asian communities I was a part of. Our experiences as minorities pale in comparison to our black friends, and we must be willing to stand with them for justice. But we must also be willing to address the racial prejudices in our own hearts, regardless of what skin color they are directed towards.

Are we living segregated lives?

We can start by asking if we’re perpetuating racism by living in racial segregation. Have my kids ever interacted with children of a different color than them? What would happen if my kids met a black kid? Asian kid? Brown kid? How would they respond? The answers to those questions reveal not just the segregated lives we’re living, but also how we as parents and adults are failing to live out racial justice. I can’t count how many times I’ve met children of my Asian friends, only to be greeted with fear and wide eyes because I don’t look Asian. This is not a reflection of the racism of the child, but rather the racial neglect of the parent who has sheltered their child from ever having to interact with someone not like them.

Some reading this may automatically jump to defensive arguments. “I don’t live near any People of Color, so how can you expect that of me?” “I am not a racist just because I don’t have friends who are not like me.” But we must realize that it is our privilege that has allowed us to live in racial segregation from others – the privilege of having the money and means to move to the suburbs and provide our kids with a certain lifestyle; the privilege of having a comfortably tight knit racial community that our kids never have to leave. For those of us fortunate enough to have those privileges, the barriers to racial reconciliation will be greater; but that is the cost of privilege. Unless we are willing to go the extra mile to cross those barriers our privileges have put up between us and the “Other,” we will continue to perpetuate the racism that led us here.

How do we move beyond social media solidarity to true community?

Consider your community – school, neighborhood, church – and ask if there are any opportunities for you and your child to interact with people of different races. If your entire social circle is homogenous, then something needs to change to disrupt the comfort of your personal racial cul-de-sac. Partner with a church of another culture in a neighboring city to give your members mutual learning experiences. If you do have racial “Others” in your proximity, befriend them, invite them into your home, and practice the love of hospitality that was so characteristic of the early Church.

The more I’ve learned about race issues and the Gospel, the more I’ve realized something needed to change in my life. I have long had friends of many races throughout my life, but I had failed to listen carefully and compassionately to their stories. I am indebted to my black friends who have extended friendship to me, and helped me understand the issues practically and personally.

When we befriend people not like us, we are able to put a face and a personal story to what we see on media, and to teach our kids to be cultural learners. Sitting across the table from someone who has a different racial and cultural upbringing affords you the opportunity to look beyond your own cultural experience, and “in humility count others more significant than [ourselves]” (Philippians 2:3). It will be worth it to make ourselves racially and culturally uncomfortable for the sake of racial justice and growth in Christlikeness.

We may be too far gone as a generation to solve the issues of systemic racism within our lifetime, but we can set up the next generation to succeed where we have failed. If we truly want to fight racism, it must begin by addressing the racism – unintentional or not – in our own hearts and homes.

Instead of perpetuating segregation out of fear or uncertainty, let’s follow the example of Jesus, who stepped down from his home in heaven to come to a people wholly unlike himself, who laid down his rights to draw near to us in love, and who gave up his life that we may obtain it. No sin of commission or omission is too far beyond the saving grace of Jesus. May we be eager to repent so God may bring about reform in our nation, our cities, and our homes. 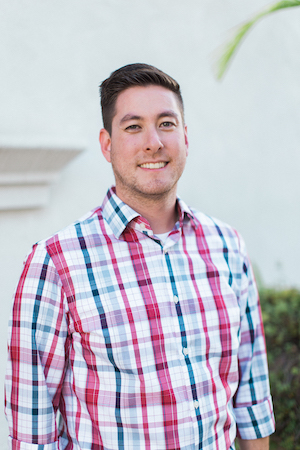 Clark is the Associate Pastor at First Baptist Church SF, and has served in Youth Ministry in the Asian-American context for over a decade. He received his M.Div. from Talbot Theological School in Southern California, and is a Doctor of Missiology (D.Miss) candidate at Southern Seminary (SBTS). He is also an emeritus member of Rooted’s Steering Committee. He and his wife, Janet, have two daughters, Kara and Nora.