With three small children under the age of six we are in a particular parenting season. Everyone tells us it is “just a season,” but I gather it will be a long one. Multiple times during any particular week, this season often feels overwhelming, stressful, and just hard. As much as I try to be a great parent, bringing up the kids with the values and character I hold to, the reality is that I fail constantly. Yet, in this season I find it particularly refreshing to be reminded that I’m no one’s redeemer.

And why am I reminding you of that, you may ask?

Because of the book of Ruth.

The book of Ruth is one of the great Old Testament stories, rarely told and remembered. It evokes a response of gratitude and humility as the two main characters, Boaz and Ruth, are depicted as noble and faithful people.

You may know the story. Ruth’s mother-in-law, Naomi, loses her husband and two sons while they are living in Moab, outside the land the Lord has given his people. This means Ruth has lost her husband too, and as a consequence Ruth follows Naomi back to Bethlehem, the town she was originally from.

Ruth is an outsider, a foreigner, and alien in this new land. Neither she nor Naomi have any protection because they are widowed females in a male dominated society.

As the story continues, Ruth begins to gather grain for her and Naomi to eat. She comes across a man named Boaz, who grows in respect and understanding for Ruth. Eventually, Boaz seeks to redeem the land of Naomi’s husband, and this brings with it the redemption of Ruth.

As you read through the story you begin to get the picture of Boaz and Ruth as perfect people.

Their character is top shelf.

They act in respectful ways, always seeking the best for the other.

While it would have been very easy for Ruth to head back to her homeland, a place where she would feel more comfortable and find another husband from her own people, she doesn’t do that. Instead, she takes the hard road of moving to a place that is foreign to be a foreigner. She says to her mother-in-law (Ruth 1:16-17):

“For wherever you go, I will go,

and where you live, I will live;

your people will be my people,

and you God will be my God.

Where you die, I will die,

and there I will be buried.”

Boaz too is a man who is upstanding in character, and he deals with Ruth in a respectful and polite manner. He seeks to bring her honour in a culture where it would be acceptable to shame her. Boaz takes steps to raise the level of standing in society for Ruth (and Naomi), which may well bring him down a notch or two as well.

But the key to the whole book is this theme of redemption; this theme of being bought back, of being taken from darkness and brought into the light, of being saved from disaster and rescued to safety. And knowing my own inadequacies, flaws, and character I’m thankful that it isn’t me who has to provide some form of redemption for my children and family. If this was the case then I dread to think of how bleak and despairing the parenting task would seem. From newborn nappies, to kindergarten friendships and the beginning of elementary school, there is plenty of hope, opportunity, and joy. But don’t scratch too deep or those anxieties, trepidations, and imperfections will arise.

The reality of parenting three little ones into adolescence and adulthood can seem like a daunting prospect. Parents are under constant attack from colds and flus, over-worked weeks, and the slow-drip pressure of cultural parenting. Soon enough we realise that our character is being tested. We are often surprised by the way we react to situations, the way we make a stand over a slight request, and the way we express words and actions we didn’t know we had within us to those whom we most dearly love. As we seek to be faithful to God and faithful to our families we find we need reminding of God’s great redemption and rescue for us again.

Thankfully, the story of Ruth reminds us that in among all the tasks, night terrors, and tiredness, it is God who faithfully rescues our minds and hearts. Behind the daily grind of parenting there sits a God who seeks our hearts and the hearts of our children. He has his providential hand upon us, calling us into his care and comfort, and rescuing us from our own ineptitudes, sinfulness, and character flaws.

God’s faithful love, God’s redeeming love, provides for Ruth. So too, God’s redeeming love provides for us. The redemption of our hearts, through the work and person of Jesus, provides us with the rest and comfort and care we need in any season of parenting. Knowing that as hard as I try, I will not be able to redeem myself or my children, could cause me to panic. But knowing the redemptive rest offered to me through Jesus turns my parenting into something of hope, opportunity, and joy for the continuing season of child-rearing.

And so, I throw myself upon the Lord, seeking his redeeming love to impact both our family and the way I parent in this season and every season. 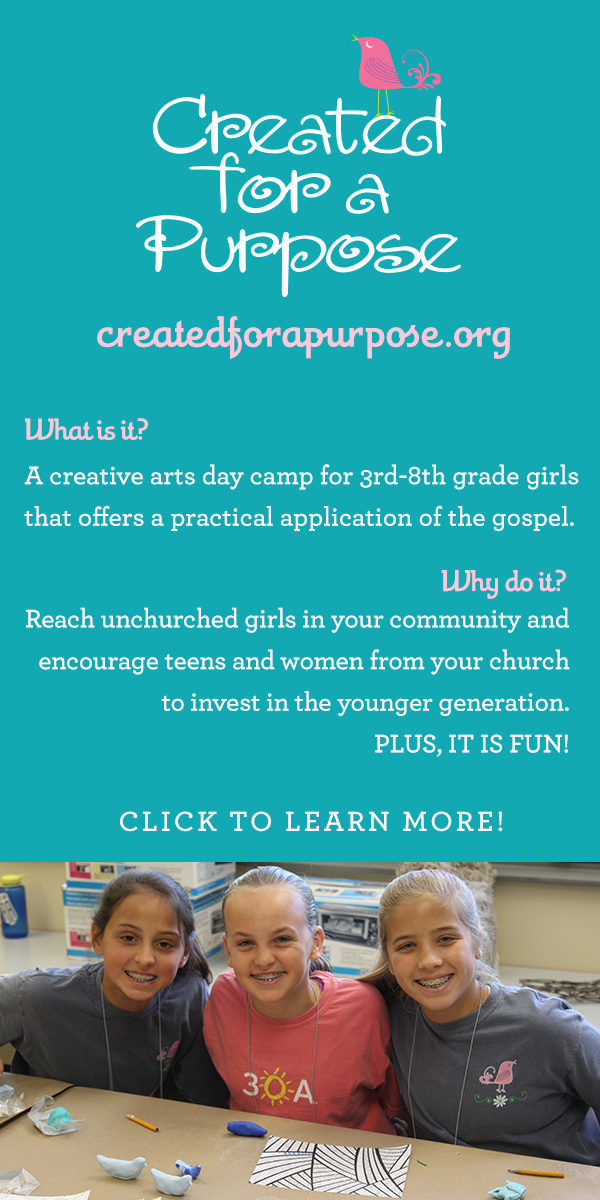