4 Ways to Preach the Gospel From the Book of Jonah

Every book of the Bible invites us to use different stories, language, themes, and metaphors to describe the good news of what God has done in Jesus. If you’re a youth pastor or small group leader, here are 4 ways to talk about Jesus in the book of Jonah.

Jonah was a faithless prophet who refused to share God’s message of mercy with a nation he disliked. Like Jonah, the religious leaders of Jesus’ day couldn’t stomach a message of mercy going out to Israel’s religious, social, and historic enemies. For example, prostitutes and tax collectors experienced Jesus’ compassion. Some of the people Jesus healed were also ethnic descendants of cities like Nineveh, called Gentiles, and the leaders and the teachers did not like it one bit. In response, Jesus calls them an “evil and adulterous generation” and says he’ll only give them the sign of Jonah (Matthew 16:4).

Jesus’ opponents needed to rediscover the story of Jonah because they were Jonah. They were hard-hearted prophets more interested in preserving Israel’s national identity than extending mercy to Israel’s cultural and spiritual enemies. And they were surrounded by penitent pagans who saw clearly what God was up to and they repented (Matthew 12:41-42). The religious elite were so devoted to denying God’s call and running from God’s mercy that they, like Jonah, were headed for the jaws of the deep.

But the sign of Jonah is also about Jesus and his death. Just as Jonah spent three nights underwater, Jesus would spend three days in the belly of the earth (Matthew 12:40). This is the final sign to an evil and unmerciful generation that God will save his enemies while submerging those who refuse his message. Jonah’s “death” in the sea meant the pagans on his boat were saved from the storm, and they believed and called out to God (Jonah 3:5). Similarly, Jesus’ death means there are calm waters and forgiveness ahead, even for God’s enemies (Romans 5:10).

The good news is that while we all have someone we would refuse to preach mercy to, Jesus never does. Like Jonah he will descend to the depths so God’s enemies can receive his mercy.

Resurrection From the Depths

Jonah is about more than a man being swallowed by a fish. It’s about Israel descending into the belly of exile. Many of the prophets described Israel’s exile like a swallowing. The prophet Amos described Israel’s coming exile as a descent into the bottom of the sea where a giant sea snake would devour them (Amos 9:3). The prophet Jeremiah described Israel’s exile like being swallowed by a monster of the deep (Jeremiah 51:34). And historically, when the Assyrian king finally exiled Israel, he took a giant hook, rammed it through the king of Israel’s nose, and dragged him off the throne like a fish (2 Chronicles 33:11-12). Jonah is a sign. He represents Israel and the consequences for failing to live up to her calling.

This is why Jesus called Jonah a sign, and himself an even greater sign (Matthew 12:39, 41). Like Jonah was swallowed by the fish and Israel was swallowed by Assyria, so too Jesus would be swallowed by the earth and by Roman power (Matthew 12:40). Just as Jonah in the fish, Jesus quoted the Psalms from the cross (Psalm 22:1). Like Jonah, Jesus represents God’s people, and his descent below represents a coming exile. Like Jonah, Jesus’ death is a sign of coming judgment against all who refuse God’s call. The earth beneath will swallow us forever (Jonah 2:6b). But Jesus’ death is also a sign of a coming resurrection. Jonah didn’t die in the fish. Israel didn’t die in exile. And the grave vomited Jesus back out. In the belly of the fish, Jonah says salvation belongs to God—and Jesus proves Jonah right (Jonah 2:9)!

But salvation is not limited to those we deem worthy of receiving it. Jonah wanted to choose who heard the message of God’s love and salvation. But God is the God who saves and shows mercy to the unworthy. He judges and exiles himself to the grave so that everyone who believes in him can have eternal life (John 3:16). So whether you are Jew or Gentile, oppressed or oppressor, sinned against or sinner, there is salvation in Jesus!

The God Who Overturns

In Jonah 3 Jonah gave a tense, eight-word sermon to the Ninevites: “Forty more days and Nineveh will be overthrown” (Jonah 3:4). It’s a ridiculously anemic speech. It doesn’t mention who will overthrow Nineveh, if God will even be involved, or how to avoid the coming overthrowing. But word “overthrow” is ambiguous. It could mean “destroyed in judgment” like it was used when Sodom and Gomorrah were set on fire (Genesis 19:25). Or it could mean “transform” like when God turned the false prophet Balaam’s curse into a blessing for Israel (​​Deuteronomy 23:5). Which is exactly what’s about to happen to Jonah. What Jonah hoped would solidify the Ninevites’ destruction brings about their transformation.

Like the faithless Jonah, the Pharisees of Jesus’ day couldn’t stomach salvation being preached to people they deemed worthy of destruction (Matthew 23:13). Eventually, the Pharisees killed Jesus with an ironic tersely-worded verdict hung above his cross: “Jesus, King of the Jews.” But what they thought was sarcasm was overthrown. According to the apostle Paul, God overthrew Israel’s faithlessness so that the rest of the world might trust Jesus (Romans 11:11). The faithlessness of some has led to salvation for all and offers hope that the initially unfaithful (like Jonah and Israel) might once again return (Romans 11:11b). God’s message to all of us is the one Jonah delivered. He is coming to overthrow. He will either overthrow you and your evil in his great anger, or he will transform you into a citizen of his Kingdom and a recipient of his blessing though his great mercy on the cross. So turn, repent, and ask God for mercy—and you will be saved.

When Ninevah finally repented Jonah called God’s mercy towards them “wrong”, using the Hebrew word for “evil” (Jonah 4:1). Jonah believed that God could be good if he showed mercy to the oppressor. So Jonah waited, on a hilltop in the sun, for God to judge Ninevah. In a strange episode God shaded Jonah with a plant, only to take it away a moment later. Jonah then got angry that God removed that mercy from him. God used the plant to expose Jonah’s hypocrisy.

Similarly, God has given us Jesus to expose our hypocrisy. Jesus’ death on the cross should reveal to us that we’re just as faithless, disobedient, and blasphemous as Jonah. We’ve been God’s enemy since the first days of our lives. We refuse to listen to God. We run from God. We hate to repent. We accuse God of being evil. And like Jonah we demand God’s mercy, thinking we deserve it, while resenting God’s mercy towards our enemies.

But the good news is that Jesus died only for sinners and enemies (Romans 5:8). Clearer than a withered plant, Jesus’ death shades us from God’s hot anger against our hypocrisy and pride (1 John 2:2). The cross reveals that God would rather die himself than allow one undeserving enemy who repents to wither. Our anger is never justified when God forgives enemies because that would mean God is not justified in forgiving you and me (Romans 3:25-26). So like the citizens of Nineveh, let God’s mercy lead you to repent and be saved.

There are as many ways to worship Jesus in Jonah as there are facets of a diamond. I hope this article begins a long journey of seeing and enjoying all the ways the Bible reveals the goodness of good news of Jesus.

Seth Stewart is a husband and a dad, and after a decade in student ministry is now working as the Editor-in-Chief at Spoken Gospel. Spoken Gospel creates online resources that point to Jesus from every passage of Scripture. Seth spends his day writing, speaking, and being his family’s chef. 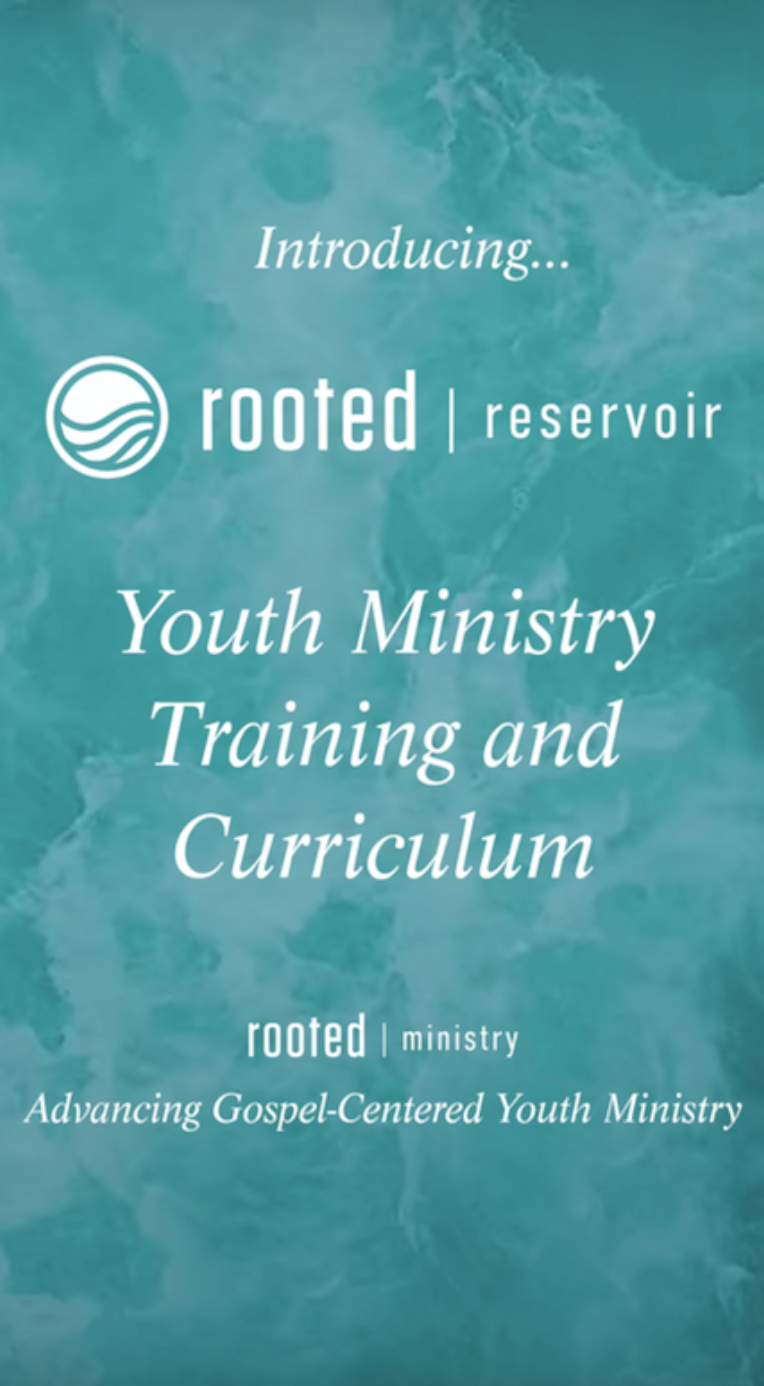